History teaches us that all arts must evolve if they are to stay relevant. Examples are too many to enumerate, and I'm sure you, dear reader, can think of several, but perhaps few that involve modern calligraphy.
Since the word calligraphy was coined in 16th-century Europe to distinguish it from printing type as well as from forms of mundane writing, each generation of scribes has altered, modified or created new ways of making writing beautiful, at least until the 20th century when, for the most part, revivalism triumphed over innovation. There are some, however, who still push the boundaries of the art of calligraphy in our time. One such scribe is Thomas Ingmire, whose forty-plus-year career as one of the world's leading calligraphic artists includes works that range from legible, precisely-made letters to what can best be described as expressive marks inspired by both letter shapes and a graphic symbolism of the text. In Codici 2, he explores his thinking about what modern calligraphy means to him and shares some general notions of what directions calligraphy might take if it is to progress as a living art.
It may come as a shock to some that Ingmire feels legibility is not paramount to calligraphy. He quotes the late German scribe Hans-Joachim Burgert: “To be barely legible is the essence of calligraphy.” The French theorist and critic Roland Barthes goes even further: “For writing to be manifest in its truth… it must be illegible.” Ingmire himself writes that in the age of social media and SMS, “the calligrapher is not an essential component for communication in the world.” For him, calligraphy should become more visual than verbal to be relevant in our time. In Codici 2, the reader follows how Ingmire reached this realization through exploring the approach of Arabic, Chinese, and Japanese Kanji calligraphy where the ideal is not primarily readability but a visual engagement between the viewer and the marks that make up the text.
Among the essays in the book (which include writings from his travel diaries dating back to the early 2000s) there is a conversation between Ingmire and Tom Greensfelder, whose striking hard-edged design of Codici 2 typographically echoes its author's sentiments about the primacy of the visual while not impeding the reader. I found it enlightening to “listen in” as they discussed serious issues about their art that calligraphers seldom raise among themselves but ought to.
Finally, there are exercises and examples—both by Ingmire and his students—that offer suggestions rather than procrustean instructions on a contemporary approach to calligraphy. These, along with Ingmire's reflections, remind us that calligraphy is to writing as dance is to walking.

The photo at left shows Ingmire demonstrating for a student. The photos at middle and right show examples from both Ingmire and his students. All photos courtesy of Tom Greensfelder and used with permission.

This book review is reprinted with permission from the Chicago Calligraphy Collective Newsletter, September - October 2021. 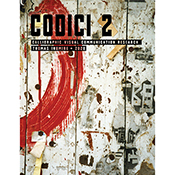 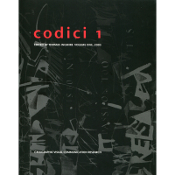 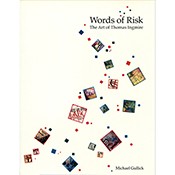