100 hand-lettered designs, both book covers and book jackets, by this virtuoso of pen and brush. Villu Toots
created over 500 covers; this is a selection of his most masterful, scanned directly from the printed books.
You will be amazed by the variety and originality of his book-cover work. Virtually unknown outside his native Estonia, Toots was a primary influence for several generations of calligraphers and lettering artists in the Soviet Union. This collection shares his genius with the rest of the world.

"Villu Toots might have been the most original calligrapher ever." -Carl Rohrs
"Villu Toots, whose incredible work looks effortless, was the ultimate calligrapher's calligrapher. He was one of the all-time greats of the 20th century, as important as Koch, Schneidler, Zapf, and Poppl. No one had more versatility, flair, or fluidity." -Julian Waters 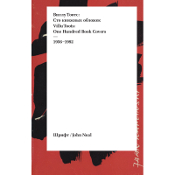 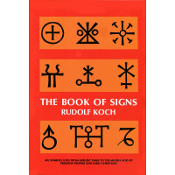