A classic from the man who coined the term graphic design - There has never been anyone in the design world like William Addison Dwiggins (1880-1956). The first American to call himself a graphic designer, he applied his prodigious talents in the fields of typography, calligraphy, illustration, and even puppeteering - a more fitting title might have been Renaissance man. He is best known for his book designs, which combine his expertise in calligraphy, use of stencils, and typography. Very little has been published on Dwiggins, until now. The first of several planned volumes on his incredible legacy, this reprint of Stencilled Ornament & Illustration includes the original book, hand-set in an experimental Linotype face he designed, along with stencils and plates illustrating a dizzying array of graphical elements. A new introduction by Bruce Kennett shows how Dwiggins used ornaments, rules, and other elements in his final book and jacket designs. Originally published in a letterpress edition of 120 copies, this important book introduces the unique genius of Dwiggins to a broader audience. 144 illustrations, 24 in color. 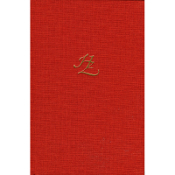