When one thinks of women in the Middle Ages, the images that often come to mind are those of damsels in distress, mystics in convents, female laborers in the field, and even women of ill repute. In reality, however, medieval conceptions of womanhood were multifaceted, and women's roles were varied and nuanced. Female stereotypes existed in the medieval world, but so too did women of power and influence. The pages of illuminated manuscripts reveal to us the many facets of medieval womanhood and slices of medieval life—from preoccupations with biblical heroines and saints to courtship, childbirth, and motherhood. While men dominated artistic production, this volume demonstrates the ways in which female artists, authors, and patrons were instrumental in the creation of illuminated manuscripts.

Featuring over one hundred illuminations depicting medieval women from England to Ethiopia, this book provides a lively and accessible introduction to the lives of women in the medieval world. 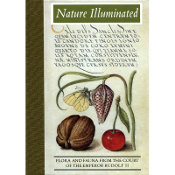